The Advertisement - Aikido and AikiJujutsu in Corvallis Albany Oregon


I would humbly like to invite you into the world of traditional Japanese martial arts with a combination of traditional and progressive teaching methods. For me it has been the most challenging and fulfilling artistic journey of my life.


We are a newly forming group (June 2021) in Albany Oregon.  Dojo is in a private residence  (email for details and to introduce yourself  thedragonsorb@gmail.com) We train primarily in progressive non-sports Tomiki lineage Aikido, Judo, Daito Ryu Aiki Jujutsu, and knife training. Systema based drills are also a a part of our training now.  Basically, we train in soft, technical martial arts.  We train safely, pragmatically, ethically and in good humor.   While we respect Japanese influences we do not embrace the ritual culture.  We respect diversity and work with physical limitations of each student to design a study that is appropriate for their abilities. 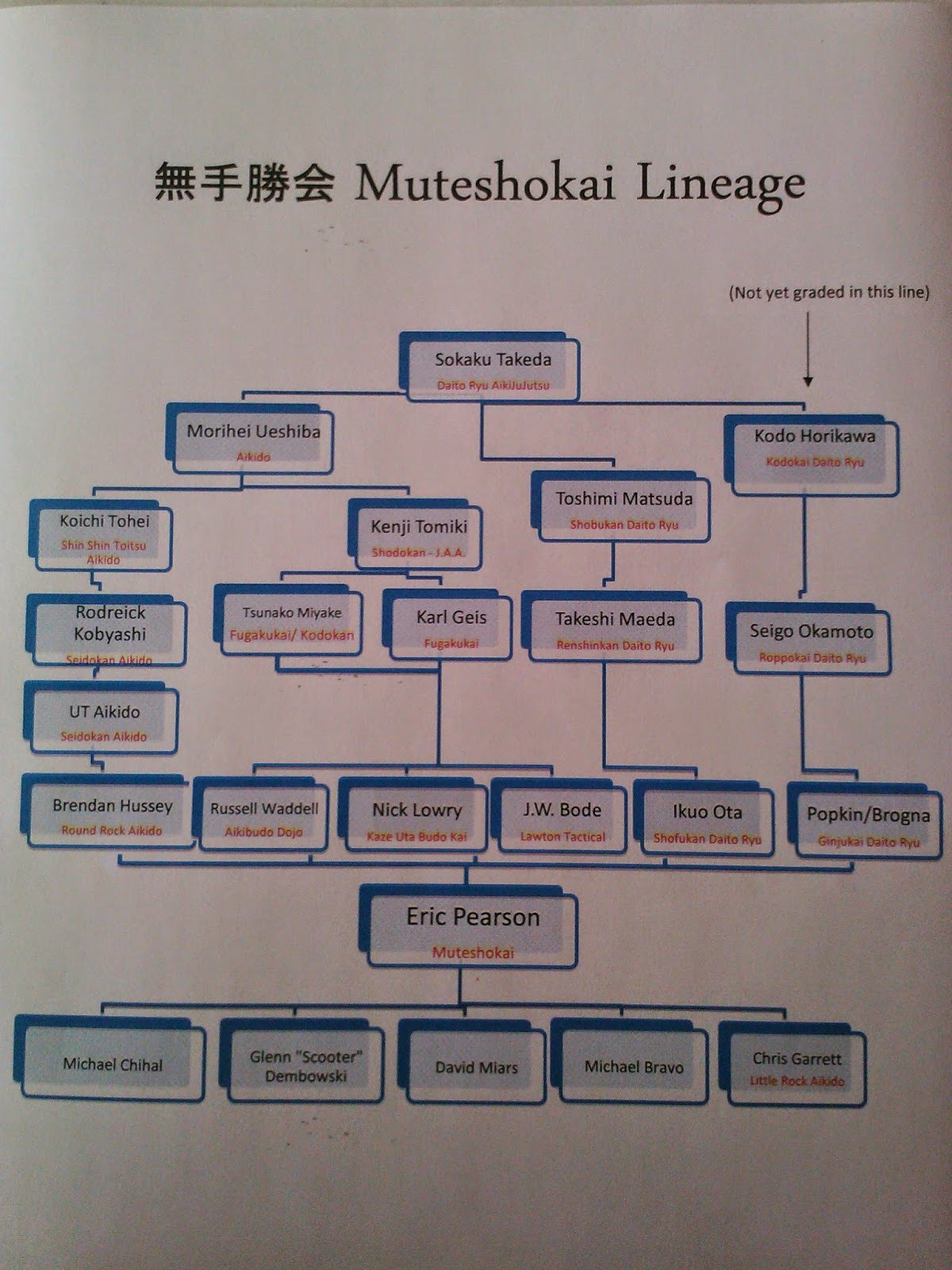 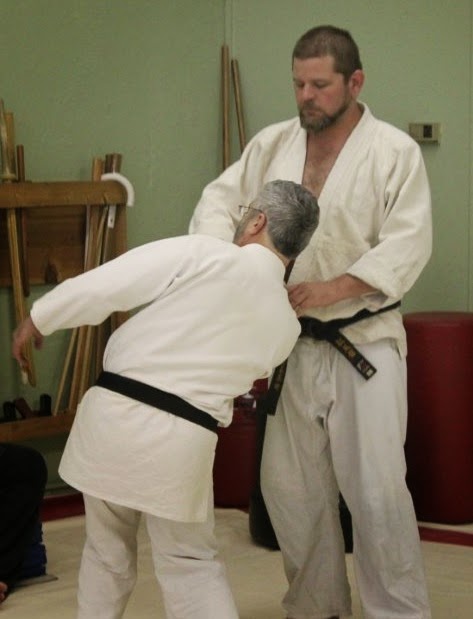 The class is taught by Eric Pearson.    Largely Eric cares little for ranks and the ranking game.   When searching for a teacher remember ranks are largely political ties. Go see a group and teacher for yourself to decide.   Eric sees himself as just a student who trains with his friends.

Different organizations and teachers have ranked him as following -

Aikido - Although aikido is just one art form, different organizations have  presented Eric with varying grading or ranks.  He holds a rokudan, 6th degree, in Tomiki lineage Aikido from The Kaze Uta Budo Kai.  He has received a 5th dan in Aikido from his long time teacher Russell Waddell, and a 2nd degree in Aikido from the American Tomiki Aikido Association. Take your pick.

Despite the impressive looking pedigree his Shiho Nage technique still sucks.  He is working on it. 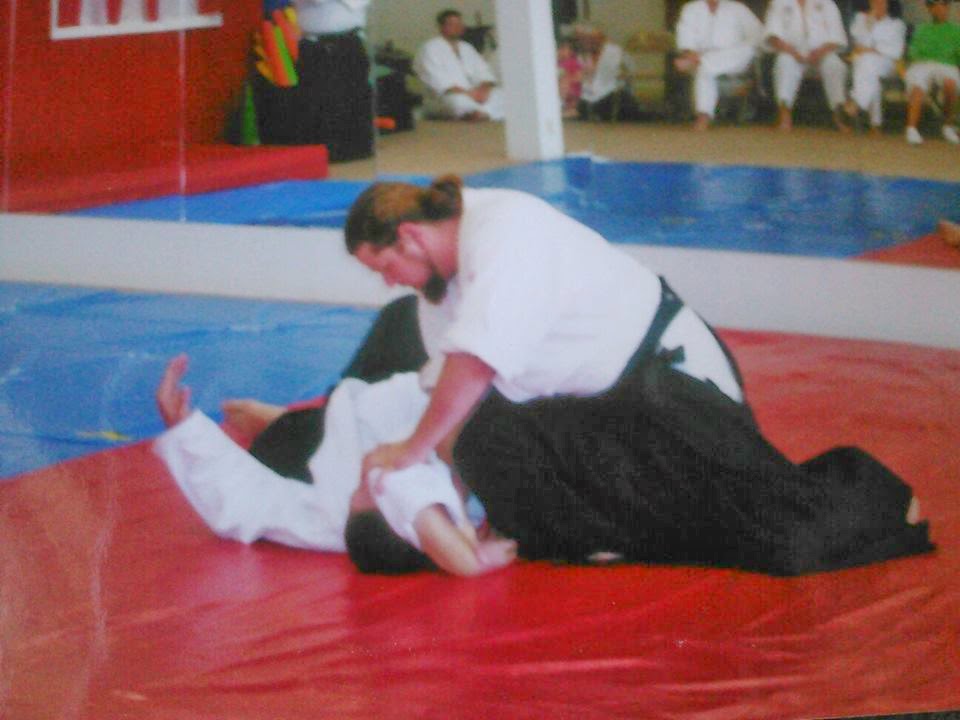 Daito Ryu AikiJujutsu  He also has an associate instructor rank in from the Shofukan (formally affiliated with Renshinkan) under Ota Ikou Sensei when he trained for three years in Numata, Japan. He periodically studies with Howard Popkin sensei and Joe Brogna sensei, of the Ginjukai, to continue his study of Daito Ryu - though he holds no rank in their organization.  Eric also has trained with Roy Goldberg of Kodokai Daito Ryu.  He is friends with Houston Daito Ryu club.

Judo  He is continuing his education in Judo and has received a sandan (3rd degree) grade under Zdenek Matl, for his teaching and spreading the art of Judo. Nick Lowry of the Kaze Uta Budo Kai has also granted him a sandan.  These are club rankings, NOT a sport judo-USJA  or USJF rankings.  Eric has been developed a judo team at the Texas School for the Blind from 2015-2020.  He was also an wrestling coach there.  He also trained in Judo in Japan from 2000-2003. 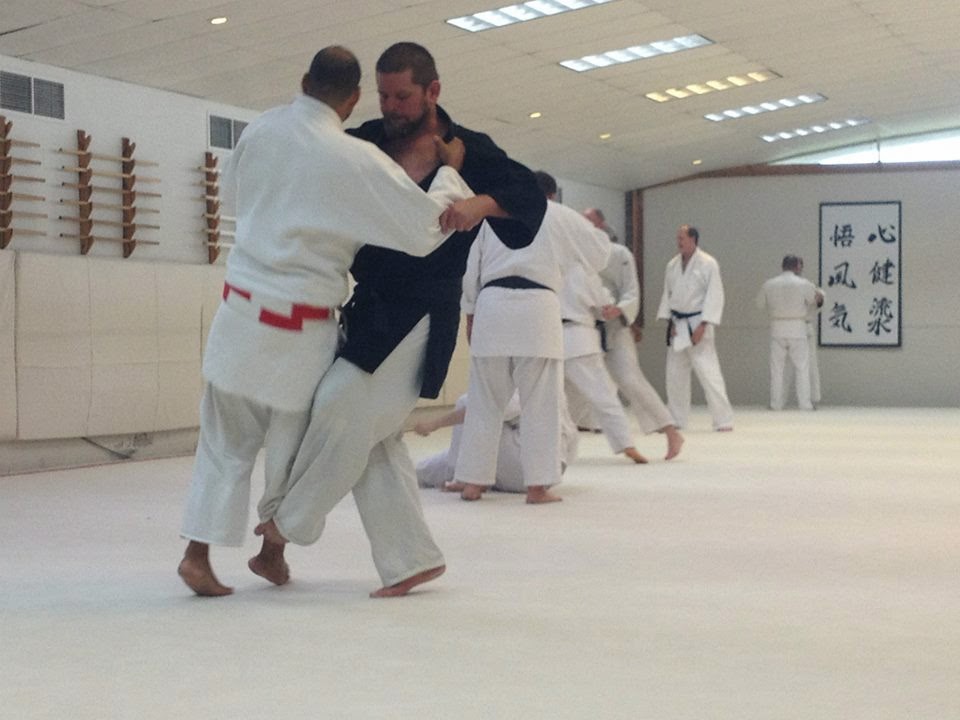 His teaching practice is named the Muteshokai.  Currently he is also a member of the Kaze Uta Budo Kai and the Ginjukai.    Although based in Austin, Texas he  frequently travels and gives workshops in the Dallas area, Little Rock, Seattle and Oklahoma.  Students and teachers from many local dojos gather with Eric in  Austin to share techniques and friendship.


Here are some clips of him training.  If it looks like you would enjoy practicing like this join us.  If not there are lots of schools in Austin that can meet your needs. 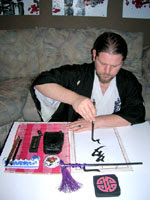 Eric continues his journey under the patience, watchful eyes and good humors of many Aikido, Judo and Jujutsu teachers.  While he does not get to train with them as often as he would like, but he thanks Russell Waddell, Brendan Hussey, Zdenek Matl, Nick Ushin Lowry, Roy Goldberg, George Ledyard, Corky Quakenbush, Cory Juhl, Leslie Libby, Howard Popkin, and Joe Brogna for their teachings, help and friendship.  Arseniy Grebnov and Gene Smithson  influenced by introducing him to Systema concepts which he continues to explore everyday of his life.   He is eternally grateful to Ikuo Ota sensei and Master Man H. Han for their teachings and influence.

Also he could not do it without his best friends and closest teachers.  A million thanks to Scooter Holiday, Michael Chihal, Matthew Howell and Thomas Daniel for being the backbone.

Posted by Erik the Strange at 3:51 PM 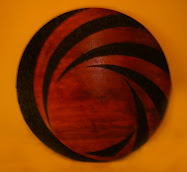